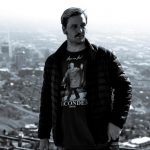 ’Tis the season to start loosening your belt! To whet our appetites, SatelliteInternet.com wanted to know what people across the nation will be making for Thanksgiving.

Using data from Google Trends, we took 20 of the most popular Thanksgiving foods, went state by state to find their search trends for the month of November, and came up with a winner for all fifty states and Washington, DC.

Ready to see what people are craving? Let’s get cooking! 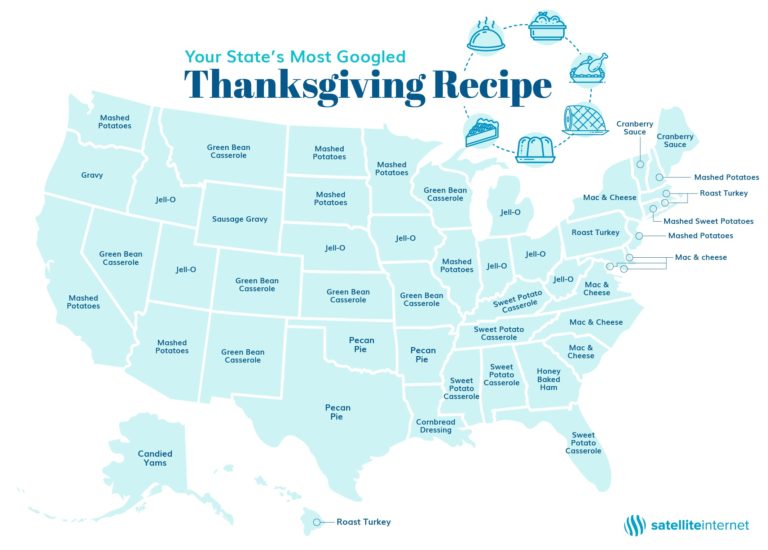 According to our results, here are the most popular Thanksgiving dishes ranked by number of states who like them best. (Don’t hate us if your neighbors didn’t google your famous potato salad recipe, Martha.)

Most people mash: From coast to coast, the glorious and simple mashed potato won as the recipe with the most states searching for it. Whether you’re enjoying them as a side with gravy or hurling them in a food fight, mashed potatoes make most meals better.

Jumpin’ for that jigglin’ Jell-O: Jell-O is an American tradition that’s a favorite in states ranging from West Virginia all the way to Idaho. And that includes Utah, of course, where Jell-O is the official state food.

Mean green bean casserole: If you’re not a fan of the green creamy goodness with a crunchy layer on top, you’re just not grateful for great combinations. Seven different states made searching for this sloppy side a priority.

Return of the mac and cheese: Although it comes in many forms, everybody’s enjoyed a bowl of mac and cheese at some point in their lives. Tied for third in Thanksgiving popularity, we think people are probably just trying to upgrade their mac game.

Not pumped on pumpkin pie: We were surprised to see an absence of pumpkin pie as any state’s most searched recipe. Maybe it’s such a staple that people don’t need to search for it—at least beyond their local Village Inn.

Happy Turkey Day: Only four states made turkey their top topic for recipe searches, which may or may not be a big deal. Are more people opting for a vegan option like Tofurky? Or does nobody need a recipe for a Thanksgiving turkey? It’s hard to say. Just make sure you don’t burn the house down, and we won’t ask any more questions.

We’re stoked to try out some Cajun cornbread dressing like the folks in Louisiana. And we can’t be mad that pecan pie was the only pie search that won a few states. (It’s our personal favorite too.)

Are you aligned with your state’s favorite? Let us know in the comments.