Imagine a world where everyone has access to broadband internet at affordable prices. Thanks to rocket development company SpaceX, that world is coming.

SpaceX has developed a plan for a constellation of satellites to deliver internet worldwide under the name Starlink. Thanks to reusable launch rockets, these low-orbit satellites cost a fraction of the price of typical satellite launches, making it easier and more affordable to launch satellites at scale.

Jump to: Meet Starlink | How Starlink works | Bridging the digital divide | Solving availability issues | When is it coming? | Where to get satellite internet now 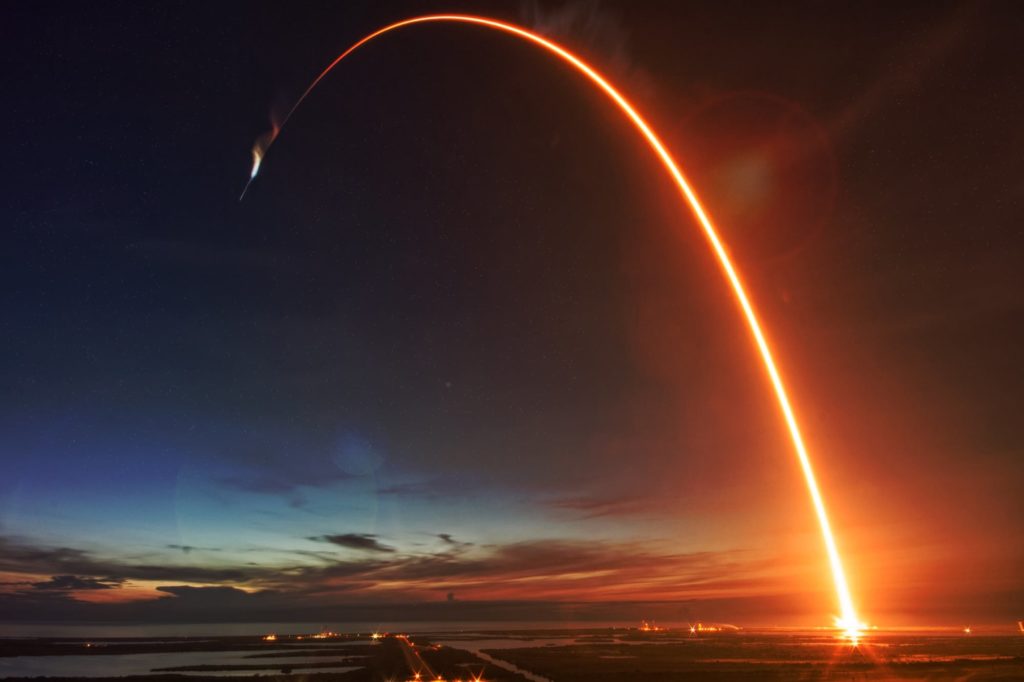 If everything goes according to plan, Starlink will offer satellite internet to the entire planet within the next two to five years, including remote locations where internet isn’t currently available. The plan involves launching a vast constellation of mass-produced satellites into low-altitude orbit. The satellites will transmit internet signals to earth-based hubs, delivering superfast connection speeds.

The plan for delivering SpaceX satellite internet seemed far-fetched until the Federal Communications Commission (FCC) gave SpaceX the thumbs-up to start launching the satellites. Once SpaceX got FCC approval, SpaceX pushed forward to testing and deployment. In May 2019, 60 Starlink test satellites were successfully launched. The company is making modifications on future satellites based on what they’ve learned so far. SpaceX hasn’t released pricing details yet for internet service, but the company has continued to stress that pricing will be affordable.

Underserved countries and rural parts of the world will benefit from Starlink satellite internet service the most, but so will cities where Internet Service Providers (ISPs) get away with charging high prices because there’s so little competition.

Images of the satellite constellation look like a fishing net, with thousands of dots connected by lines to the satellites they communicate with. The orbiting satellite network will cover the globe, and communicate with each other via lasers, which reduces lag time and enables a speedier connection (the two main complaints with satellite internet).

SpaceX is launching these satellites into much lower orbits than other satellites. This helps prevent a buildup of space junk, as dropping satellites will quickly burn up in the atmosphere. Low flying satellites also transmit data much more quickly. The company projects that Starlink latency (or lag time) will be as low as 15 milliseconds. Compare this to standard satellite internet latency of half a second (500 milliseconds), and you get an idea of how advanced Starlink internet technology is. Starlink’s internet will be twice as fast as cable internet service.

SpaceX CEO Elon Musk has promised fast, cheap internet access for people all around the world, including the approximately 3 billion people who aren’t using the internet due to living in underserved, rural, or underdeveloped areas.

The United Nations reports that internet access helps reduce poverty, improves economic opportunity and access to healthcare in the least developed countries. The problem is getting it to people at a price they can afford.

As of 2018, only 51.2% of the world’s population was using the internet, according to the latest report from the International Telecommunications Union. Availability differs by country, with the most underdeveloped countries often having the worst access. The World Bank reports that in populations of developing countries, only 35% have internet access. And as the rest of the world moves ahead technologically, the wealth gap between those with and without internet is expected to widen. Starlink plans to bridge that gap.

Building out traditional internet infrastructure is costly because it involves installing thousands of miles of buried cables. But that’s not the only thing keeping people around the world from connecting online.

Sometimes internet is available, but it’s just too expensive. In some places, an internet connection is so expensive that only the wealthiest can afford it. For instance, in Zimbabwe, the

average price for 1 GB of mobile internet data is more than five times as much as it is in the US.

The United Nations has set an affordability standard for internet service. In order to be considered affordable, 1 GB of mobile internet data needs to be priced at less than 2% of the average monthly salary. SpaceX plans to offer affordable satellite internet to underserved countries at a price that’s easier to pay. Rural areas around the world would also benefit with access to faster internet speeds at lower prices, making availability much less of an issue. International gaming competitions and and video conferencing would also benefit from Starlink’s high-speed, low latency connection.

When is global internet coming?

The first 60 test satellites were successfully launched in May 2019. Additional launches are expected for years to come, with the full constellation projected to be in place by 2027.

But the good news is that you may not have to wait that long for Starlink internet. Musk expects that within two years, the company will start offering internet service in some areas.

SpaceX Starlink satellite internet service could affect billions of people around the world who are currently without access to affordable internet. It will also affect travel, as it’ll be available on airplanes and ships.

Where to get nationwide satellite internet now

If you need a satellite connection now, Viasat offers satellite coverage at a good price in all 50 states. It might not be as fast as the futuristic satellite service you’ll someday get from Starlink, but it’ll keep you connected and up on the latest news with its massive coverage area. You can read more about Viasat, HughesNet, and the best rural internet options on our site.

In the meantime, check the SpaceX website for continuing updates on Starlink.

This site is a U.S. Consumer site. You can learn more about our site and privacy policy here.