How good is Rise Broadband internet?

If you live in an area where cable, fiber, or DSL isn’t available, fixed wireless might be the best option. Fixed-wireless internet with Rise Broadband provides comparable speeds and oodles more data than satellite internet service, and it’s about half the price. Win, win!

Rise Broadband isn’t available everywhere, however, and its metered plans can sting you with extra data fees. If you go with Rise Broadband, we strongly recommend the unlimited plan so you won’t be hit with a pile of extra data fees after a weekend of binge-watching Netflix.

*Prices as of 7/29/2021 with paperless billing discount. Speed and pricing varies by location.

A cap of 2 TB per month is even higher than the amount of data you get on unlimited plans from big name providers—Xfinity caps data on cable plans at 1.2 TB per month and AT&T gives you up to 250 GB per month on fixed-wireless plans. So Rise Broadband's giving you one of the best data deals on the market.

Rise Broadband internet speeds vary by region, and your actual speed will depend on how close you are to its towers. So you may not be able to get the fastest speeds—but it'll depend on where you live.

Data with Rise Broadband is metered on some of the plans. So if you aren’t getting an unlimited data plan, you’ll want to figure out how much data you’ll be using on a monthly basis. If you exceed your data cap, your speed will not be reduced but you will be charged for additional data.

Data is added to your account in 10 GB increments at $3.50 for every 10 GB. It is automatically added, so if you aren’t checking your data usage regularly you can get hit with some pretty high fees.

How much data do you need each month?

Many people don’t really know how much data their household uses each month. If you’ve lived in a neighborhood with cable or fiber internet, you may have never noticed your monthly data usage because many of these types of services have unlimited data.

You can use a data usage calculator to anticipate monthly data usage at your home and make sure the plan you pick provides enough data. Some activities like sending emails and browsing the internet don’t use much data. Other activities like downloading or uploading large files and video streaming can use huge quantities of data very quickly. Adjusting your video streaming quality will minimize your data usage. For example, streaming in HD uses about 3 GB per hour, but streaming in SD (DVD quality) uses only 1 GB per hour.

How much data does the average household use each month?

In 2019, US households used an average of 273.5 GB of data per month, according to a report from OpenVault. But you might need more or less in your house, depending primarily on how (and how often) you watch TV and video streaming services. In March 2020, near the start of the COVID-19 pandemic, data usage peaked at around 400 GB per month in American households. Data usage tapered off to closer to 375 GB per household for the rest of 2020 and into the first half of 2021.

Are you thinking of starting up a bed and breakfast in a small town? Or a craft brewery? You can stay connected to customers and accept orders and online reservations 24/7 with fixed-wireless internet from Rise Broadband. Rise Broadband provides internet service to small businesses in 16 states.

All business plans are priced to favor a longer contract. Up to two phone lines are available with any package as an add-on, priced at $19.95 each per month.

Overall, Rise Broadband has reasonable fees that are comparable to other internet providers. Here are a few fees to keep in mind.

*Early Termination Fee is charged if you are on a contract plan and you cancel your internet service before the end of your contract. Some Rise Broadband internet plans are contract-free.

When you sign up for Rise Broadband internet, you’ll pay a $150 installation fee up front. This fee covers the cost of professional installation of a roof-mounted antenna on your home. The installation technician will also locate the nearest tower to your home, point the antenna in the correct direction, and set up a modem in your home.

If you are renting your router/modem from Rise Broadband, you’ll pay $10.99 per month. This fee also includes the rental of a network radio (required to access the connection). You don’t have to use Rise Broadband equipment, but if you want to use your own you will need to contact Rise Broadband’s Technical Support at 1-877-910-6207 to find out what equipment is compatible.

If you sign up for Rise Broadband with a one- or two-year contract and then need to cancel early, you’ll have to pay an early termination fee up to $250, depending on how many months are left on your contract.

Rise Broadband charges you a fairly standard $20 late fee if your payment isn’t received within 8 days of the due date. It’s one more reason why it’s a good idea to sign up for paperless billing (which gives you a $5 discount each month) and autopayments.

Limited data on some plans

Rise Broadband is more affordable than satellite internet for homes or businesses without access to DSL, cable, or fiber internet services. It offers reasonably fast internet speeds in many areas that can’t get broadband service from other providers.

We don’t like the data restrictions with the 25 Mbps and 50 Mbps Rise Broadband plans, since this often leads to extra data charges. We recommend going with an unlimited plan if your household uses the internet for more than three hours per day. Still, even Rise Broadband’s lower tier plans offer more data than the biggest satellite internet plan—and look at the difference in price!

Rise Broadband offers a lot more data for your dollar than you can get with either satellite internet provider. As far as speeds are concerned, you probably won’t notice a difference between the providers (streaming video and downloading will be about the same) until you hit your data cap on the satellite plans—and when satellite speeds slow down to 1 to 3 Mbps, you’ll really wish you’d picked fixed-wireless.

If your household relies on video streaming services like Netflix for entertainment, definitely go with an unlimited plan because video streaming could max out your monthly data in just a few weeks.

What is fixed-wireless internet?

To connect to the network, you must be located in an area with towers nearby and have a fixed-wireless antenna installed on your roof. The antenna is connected to wires that run into your home and connect to a modem and router.

Radio waves can’t transmit or receive data as fast as fiber or cable networks, but they’re a lot faster than satellite internet signals, which have to travel to space and back to earth. And radio towers are much easier (and cheaper) to set up than installing thousands of miles of cable and fiber networks, or launching satellite systems into space. So, some people who live away from the city and can’t get cable, fiber, or DSL internet access can still get fixed-wireless internet.

If Rise Broadband fixed-wireless internet isn’t available in your area, enter your zip code below to find out if there is another fixed wireless provider near you.

Fixed wireless vs. other internet types

Fixed-wireless broadband service is generally faster than satellite internet, and it usually provides more data and a lower price point. But it still isn’t for everybody.

If you are choosing between Rise Broadband (or another fixed-wireless internet provider) or satellite internet, we’d recommend going with Rise Broadband. If your choice is between cable or fixed wireless, go with cable. DSL and Rise Broadband can be equally matched sometimes, so check out speeds and data restrictions on both options before you sign the dotted line.

Find out what your internet options are by typing your zip code below.

Rise Broadband gives you more data and faster speeds than satellite internet service. If you live in a rural area, we recommend seeing if Rise Broadband fixed wireless is available in your area.

We don’t like the data caps on Rise Broadband’s restricted plans, so we don’t recommend getting a plan with restricted data. But if you get an unlimited plan, you should be able to get a steady connection with Rise Broadband that will be more reliable and faster than many other rural internet options. 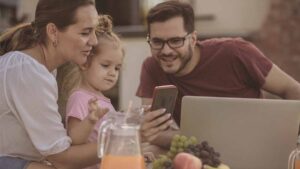 By
Cara Haynes
Best Rural Internet Options in 2023
The best internet options for rural areas are satellite internet, mobile wireless, or DSL based... 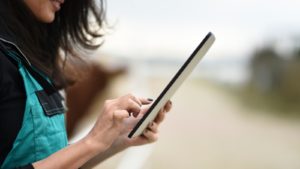 Does Rise Broadband have data caps?

Some Rise Broadband plans have data caps, although unlimited plans are available. Metered plans range from 250 GB to 450 GB of data per month. Unlimited plans technically have a data limit of 2 TB, but that’s high enough that it’s considered unlimited.

Is Rise Broadband good for gaming?

Rise Broadband can support gaming, but you may experience delays if you’re playing a first-person shooter game like Overwatch. The minimum speed requirement for gaming is 3 Mbps, but faster speeds will give you an advantage in play. Since Rise Broadband speed availability varies by location, your gaming experience with Rise Broadband will depend on how fast your connection is in your area.

What happens if I go over my data cap with Rise Broadband?

If you exceed your data cap with Rise Broadband, you’ll be charged $3.50 for each additional 10 GB of data on your next bill. You will receive email notifications when you’ve incurred additional fees.

Is Rise Broadband good for streaming?

Yes, Rise Broadband speeds can support video streaming—but it’s the data usage you need to watch out for. Netflix recommends download speeds of 3 Mbps for SD quality, so all Rise Broadband plans offer sufficient speeds for streaming Netflix. But we recommend getting a Rise Broadband unlimited plan if you plan on streaming a lot so that you don’t incur extra data charges.

Can I use my own modem with Rise Broadband?

You can also use your own modem with Rise Broadband and save the equipment rental fee each month, as long as it’s compatible. Contact Rise Broadband directly to find out which modems are compatible. On the other hand, renting a modem is a convenient option for many customers. If you rent and your modem breaks, Rise Broadband will send you a new modem. Plus, customer support can troubleshoot connection problems easier if you have a company-issued modem.