Which satellite TV provider is best?

DIRECTV and DISH are the two major satellite TV providers that look similar when you’re comparing channels. (Unless you’re into sports—more on that later.) Both DISH and DIRECTV all include over a hundred channels on even their most basic plans, with the channel count rising to 350 or more on some premium plans.

If you’re looking for the best TV package, without regard to price, we recommend DIRECTV because it’s the only way to get NFL SUNDAY TICKET. But, that said, there are plenty of reasons to look into the other two options—particularly if you’re not getting satellite TV just for NFL Sunday games. 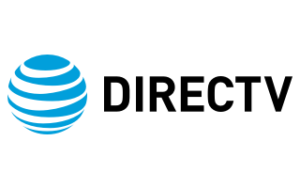 *Data as of 4/15/2021. Offers and availability may vary by location and are subject to change. Actual speeds may vary and are not guaranteed. †After 12-month introductory period, DIRECTV prices rise to $97/mo.-$197/mo.

DISH vs. DIRECTV pros and cons

If you’re torn between DIRECTV and DISH, here’s a little tip: get DISH if you have a wide range of viewers in your home—or if you like international programming. DISH has our vote as the best variety programming among satellite TV providers. DISH is best for watching a little of everything: movies, TV shows, news, and some sports. Plus, DISH has 85+ Spanish channels. You can get a dozen or so channels in Spanish with most DISH packages, or you can get exclusive Spanish programming starting around $49.99 per month and up.

DISH has the best international programming, so if you’re lucky enough to know a second language, practice your skills by watching a few shows in Finnish each month.

Not all major sports will be available on DISH, although you can find many on NFL Network and many other sports stations included in premium plans. Although DISH doesn’t include NFL SUNDAY TICKET, DISH does give you a lot of sports stations, including NFL Network, NFL Red Zone, beIN SPORTS, and regional sports networks. Plus, DISH wins big with more international sports than you’ll find with DIRECTV.

All in all, it’s hard to find someone who won’t be pleased with DISH. From Hallmark Channel to NBA League Pass, DISH has something for everyone. That’s why we gave DISH our vote for the satellite TV provider with the best variety.

Our pick for the best DISH satellite TV package is America’s Top 120+, which includes the pack of 190 channels you’ll get in America’s Top 120 plus a lot more sports. This package includes the NFL Network, Big Ten, Pac-12, Longhorn, and SEC Networks, Sports Alternate, Fightbox, FOX Sports 2, and the World Fishing Network.

*Data as of 12/9/2020, plus taxes and any additional fees (such as Regional Sports Network fees, if desired). Prices locked for 2 years. 24-month contract required with service.

How to save money on DISH

If you like premium channels like SHOWTIME, STARZ ENCORE, or DISH MOVIE PACK, we recommend trying out a premium channel individually (as an add-on) rather than signing up for the biggest package available.

For most mainstream Americans, DIRECTV rules for sports, thanks to the option to add on the coveted NFL SUNDAY TICKET. The exception? If you occasionally like watching specialty or international sports, you might get your fix with DISH or Orby TV and avoid paying expensive sports network fees.

And if your tastes run more to news, movies, travel, cooking, science, the arts, or the good old rom com, DIRECTV will have plenty of options.

If you don’t plan to watch NFL games, opt for DIRECTV and you can save a bundle (which you can spend…plenty of other ways).

DIRECTV CHOICE and above plans include one free year of NFL SUNDAY TICKET, which is valued at $293.94 or more per season (prices vary).* This will automatically renew the following year—which you will have to pay full price for—unless you call and cancel it before the beginning of the season.

Is one season of football worth three hundos? Well, for lots of folks, that’s a hard yes. If you’re going to watch every game, that’s a lot of entertainment and it’ll be worth it. If you aren’t much of a sports fan, we recommend canceling it the second year, or opting for a package that doesn’t include NFL SUNDAY TICKET.

If you get a basic DIRECTV plan and add the NFL SUNDAY TICKET, you will pay less than if you bumped up to a premium plan every month for 24 months. Of course, if you’re adding the CHOICE plan for the premium channels, then go for it.

We recommend CHOICE All-Included as the best DIRECTV package. It includes a well-stocked selection of over 185 channels, including drama, news, children’s programming, cooking, reality TV, and more. It also includes one free year of NFL SUNDAY TICKET and three free months of HBO®, STARZ®, SHOWTIME®, CINEMAX®, and EPIX®.

How to save money on DIRECTV

If you like premium channels like HBO, SHOWTIME, or STARZ ENCORE, we recommend adding HBO individually to DIRECTV’s CHOICE All-Included instead of signing up for the biggest package available.

True, Premier All-Included offers almost every station imaginable (okay, that’s pretty cool, actually. . .) but it’s $65* more per month than CHOICE All-Included. You’ll pay an extra $1,560 over a two-year period if you sign up for that premium package.

Did you know that you can add premium channels occasionally during the season premieres of your favorite shows? Yup. Just contact customer service or adjust add-ons in your account.

You can also upgrade at any time to a bigger package without it affecting your contract. Downgrading can sometimes reset the two-year contract, though.

Orby TV was a budget-priced satellite TV service that went out of business in March 2021. Although it was a favorite for many, it ultimately didn’t prove to be a profitable business offering. After operating for two years, Orby TV filed for bankruptcy on March 14, 2021 and discontinued all services. The company closed its doors with over $51 million in debt to various broadcasting companies.

Bottom line: Get the best satellite TV provider for your main interests.

The bottom line is that you should get the best satellite TV professor that delivers the entertainment catering to your main interests.

Satellite TV has a lot of perks over streaming TV options. You’ll never get a buffering symbol, (although there are occasional pauses while the programming or menu loads), and you don’t have to use valuable internet data on all your entertainment (which is a big plus if you use a satellite internet connection with a data cap).

Get DISH to please a big crowd of watchers at your place. With a two-year price lock and a wide variety of programming, DISH delivers the best in movies, TV shows, news, and more.

For all you diehard football fans out there, we know what you’re after. You’ll want to choose DIRECTV to get access to NFL SUNDAY TICKET, plus movies, cartoons, National Geographic, E!, and oodles more.

What are you waiting for? Sign up for satellite TV and get watching.

What is satellite TV?

Satellite TV is a TV service that relies on satellites orbiting the earth to bring television programming to homes and businesses. The most well-known satellite TV providers are DISH, and DIRECTV.

How does satellite TV work?

Satellite TV delivers national and local TV channels and specialized satellite programming into your home via a satellite dish attached to your home (usually on the roof or on a pole). This dish picks up signals from satellites orbiting the Earth in a geostationary orbit.

Which satellite TV plans do not have price hikes after the first year?

DISH does not have a price hike after the first year. DIRECTV prices do go up after a year, more than doubling on some plans. And since you’ll be locked into a 2-year contract, you’ll have to pay the high second year prices.

DISH is the cheapest satellite TV provider. For $60 per month, you can get 190 channels (plus taxes and fees). DIRECTV is the most expensive in the long run—although it looks like it’s cheaper than DISH at first glance because prices go up after the introductory period.

For example, DIRECTV plans start around $50, plus taxes and fees (although these plans don’t include NFL SUNDAY TICKET). But after 12 months of your 24-month contract, your price nearly doubles. DISH is are more affordable, although DIRECTV rules for sports programming—especially if you like football.

What other satellite TV companies are there?

Can I get satellite TV for free?

You can install a large satellite dish in your yard and get some satellite stations for free (mostly the local channels with a few extra add-ons), but you need to know what you’re doing or have a professional install it since it takes some tinkering to get it right.

How many satellite TV companies are there?

There are two main satellite TV companies available to people living in the United States: DISH and DIRECTV.

How much does Orby TV cost?

Orby TV is no longer available, as the company filed for bankruptcy in March 2021. The company used to offer a pared-down satellite TV service starting at $40 per month but no longer operates.