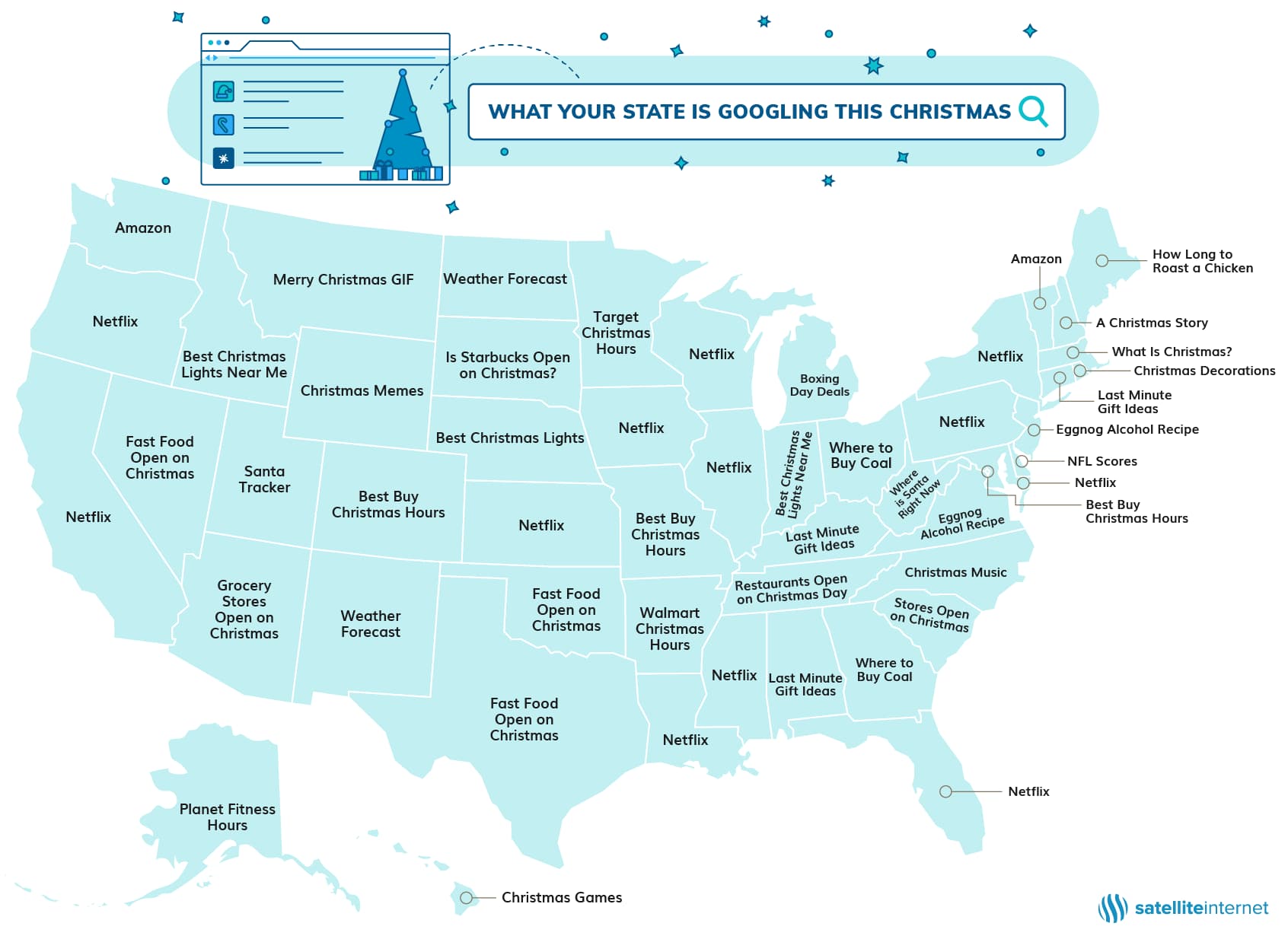 The most popular Google search was “Netflix,” which was the top search query in 12 states. What better way to relax than pulling up Breaking Bad while you enjoy the new RV, gas mask, and chemistry set that Santa brought you?

Better late than next year

When people say, “It’s the thought that counts,” they don’t mean how long it took you to think of it, right? Alabama, Connecticut, and Kentucky all googled “last minute Christmas gift ideas” more than anything else.

Too much baked Alaska—Juneau what we’re saying?

Alaska is already thinking about burning off the holiday weight—they’re the only ones googling “Planet Fitness hours” the most. Honestly, we don’t mind the extra pounds, but we don’t blame the folks closer to the North Pole for not wanting to resemble their jolly neighbor.

Massachusetts is a bit confused. They googled, “What is Christmas?” more than anything else.

Point is, now that they know the first thing about Christmas, we’ll keep you updated if the Bay State figures out any other great mysteries.

Speaking of mysteries, what’s going on in Georgia and Ohio? Those states may be home to some truly naughty children since they were googling “where to buy coal” the most.

Delaware was googling “NFL scores” the most, and they’re the only state that was interested in sports more than anything else.

Joe Flacco is a quarterback from the University of Delaware who was traded in 2019 to the Denver Broncos, the same team that played the 2018 Christmas Eve game against the Raiders. That’s the same Christmas game that all the Delaware folks must’ve been keeping up with, according to our data.

How did we find these strange Christmas Google searches? With a little bit of Santa’s magic, some help from the elves, and an extreme amount of espresso eggnog.

Aside from that, we gathered a list of popular Christmas-related internet searches and used Google Trends to match those searches with the states googling them on December 24–25, 2018.

That’s right. Much like Santa, we looked at your past behavior. What will you and your state be googling this year?