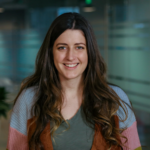 If you’re daydreaming about escaping the city for a farmhouse in New England, you aren’t alone. Since the COVID-19 pandemic, many remote workers are selling downtown condos and moving to the country, where social distancing is easier, outdoor recreation opportunities abound, and real estate is more affordable.1,2,3 But not all rural areas have the best rural internet options—and a good internet speed is one thing we know you’ll want wherever you go.

So, where can you escape the city and still get reliable internet? Let’s look at the data. 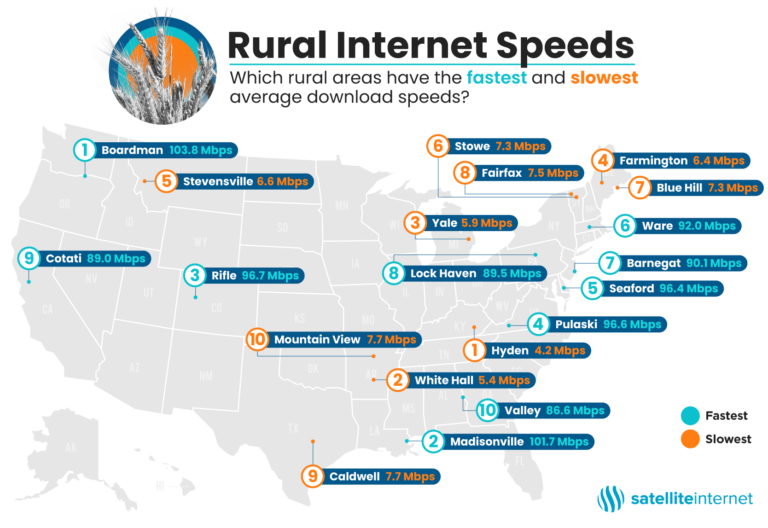 According to the FCC’s 2020 Broadband Deployment Report, 22.3% of rural Americans don’t have access to internet download speeds of at least 25 Mbps (which is the recommended speed for working from home and online schooling).4,5 And the numbers are even worse on Tribal lands, where 32.1% of Americans don’t have access to internet speeds of 25 Mbps.5

The most common reason for slow rural internet is that it’s expensive for internet providers to expand and update infrastructure, so it’s less financially motivating to expand to rural areas with fewer people.

To counteract this, the US government is trying to incentivize wider broadband rollouts to underserved areas through programs like the Connect America Fund. Satellite internet providers like Viasat and HughesNet help bring internet access to rural areas, and next-generation satellite provider Starlink (by SpaceX) will benefit rural communities with faster speeds and lower latency in the near future. See what's in store in this year's guide for the best rural internet options.

We combed through data from more than one million internet speed tests and found the rural areas in the US with the fastest and slowest internet. All the fastest areas have average download speeds over 100 Mbps. So if you want to telecommute from a rural area, make sure you avoid the slow spots. And if you’re in one of the slower areas—now is a great time to petition for better broadband.

Rural areas with the slowest internet

America’s slowest rural cities are all over the map, but there are a few trends. For example, the rural area with the slowest internet speeds is a small town in the Appalachian mountains (Hyden, Kentucky). Several other slow internet areas are located near geographical features as well (including lakes, rivers, and mountains) that make it more expensive to install faster internet infrastructure.

Rural areas with the fastest internet

Like we’ve seen in past years, most of the fastest rural areas are located on the East Coast. But the Western US is getting faster and this year, cities in Colorado, California, and Oregon boasted a place among the fastest.

How we got our results

Our data comes from speed tests taken on HighSpeedInternet.com. We examined results from more than one million US speed tests to find the fastest and slowest average rural internet speeds.

We defined a “rural” city as a community with a population of less than 10,000 people that is geographically removed from an urban city, which we qualified as meaning it’s at least an hour drive away from the nearest major city. We also filtered out locations with fewer than 50 speed test results to ensure accurate representation of the city’s average speed. In all, we ranked and researched nearly 600 rural cities in the US.

Because the rural cities are ranked by average speed, it is entirely possible to find much faster- or slower-than-average internet speeds in any given area. These numbers do not represent actual internet speeds but are a reflection of the average tested internet connection in an area.