Home » How Much Internet Speed Do I Need?

How Much Internet Speed Do I Need? 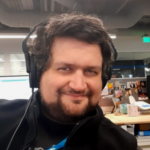 Internet speed is key to everything you do online. If your home internet speed isn’t fast enough, then even a simple activity can be a time-consuming slog—a nightmare that’s especially common in rural areas, where good internet speed can be hard to come by.

But what internet speed do you need, exactly? The average residential home internet speed that users experience in the United States is 50.2 Mbps, but not everyone’s needs are the same.1 Building on 40 hours of research and many years of firsthand experience, we put together a guide to help you navigate the nuances of Wi-Fi speed and find the best speeds for your setup.

What internet speed do you need?

You need around 30 Mbps internet speed to use the internet without frustrating loading times or buffering. Some internet users don’t need as much, while others require faster speeds to accommodate more activity and more devices on their home network. But 30 Mbps is relatively fast for a small household and modest internet needs.

All in all, when you’re using your Wi-Fi, you need internet speed that’s fast enough to let you do everything you normally do online with a smooth connection and minimal slowdowns. That could include simple things like checking email and reading news headlines, but it could also include more complex endeavors like streaming on Netflix in 4K or uploading a terabyte hard drive’s worth of files to Google Drive.

How many people use your internet?

If you live in a household with multiple people, aim to have at least 5–10 Mbps speeds for every individual who regularly uses your internet. So if you live with three other people, then 40 Mbps would be ideal.

Your internet speed is heavily impacted by the number of people signed onto your internet network. It boils down to the sheer volume of internet consumption: if everybody’s using their devices, you’ll have more devices total on your home network, which takes up a larger portion of your total speed.

Where can I find fast internet?

Data as of 2/1/2022. Offers and availability may vary by location and are subject to change. *$10 off for 6 months. 24 mo. commitment required. Pricing not available in all areas. Offer valid 6/31/22-8/31/22 ** Speed may not be available in your area. Maximum download/upload speed of up to 940 Mbps via a wired connection. Paperless billing required. Taxes and fees apply. Offer Details Online ONLY: Free Modem Free Install

You can find fast internet from an internet service provider (ISP) that maintains a network in your area. In rural parts of the United States, most ISPs offer DSL, fixed-wireless, or satellite internet, and the fastest speed you’ll get is typically 100 Mbps.

Some DSL providers also have fiber networks, which can get you top speeds of up to 1,000 Mbps. Fiber isn’t widely available in the United States, so you may have to be content with a slower internet connection type. But you’ll still get solid performance from an internet plan that ranges from 25–100 Mbps.

How to calculate internet speed

Internet speed is most commonly calculated in terms of megabits per second, or Mbps.

A bit is the smallest unit of data in digital communications: your basic 1 or 0 in binary code. The abbreviation of “bps” refers to the number of bits that transfer between a network and a device (such as your computer or phone) in a second.

Downloading, uploading, and bandwidth usually gets measured in bps. But how many bps are we talking about? Usually it’s broken down into three measurements:

Kbps is less than 1 Mbps, so it represents the slowest speeds possible: basically what you would have gotten over a dial-up connection in the 1990s. Gbps, on the other hand, is way fast: most internet providers in America can barely hit 1 Gbps.

Mbps is the range most internet speeds come in. The Federal Communications Commission defines high-speed, broadband internet as a connection with 25 Mbps download speeds and 3 Mbps upload speeds.2

Not getting fast-enough speeds in your household? Put in your zip code below to see if you can find a faster internet provider in your area:

What’s the difference between upload speed and download speed?

Download speed measures the amount of Mbps it takes to download a piece of data, like when you download an attachment in an email or stream a movie on Netflix. Upload speed refers to tasks such as uploading data on video call over Zoom or posting your latest dance video to TikTok.

Most of the stuff we do on the internet involves downloading, so internet providers typically advertise download speeds as your primary speed. Upload speeds are often a lot slower than download speeds. But you won’t really notice the slower rate unless you spend a lot of time uploading content—for example, by uploading lots of videos to social media or hosting frequent video meetings for work.

If you work or study from home (situations that often require more uploading), consider investing in a faster internet plan overall so you can get better upload speeds.

Internet speeds of 100 Mbps are considered fast for regular use. With a 100 Mbps download speed you can stream video, play online games, and do just about anything on multiple devices simultaneously. 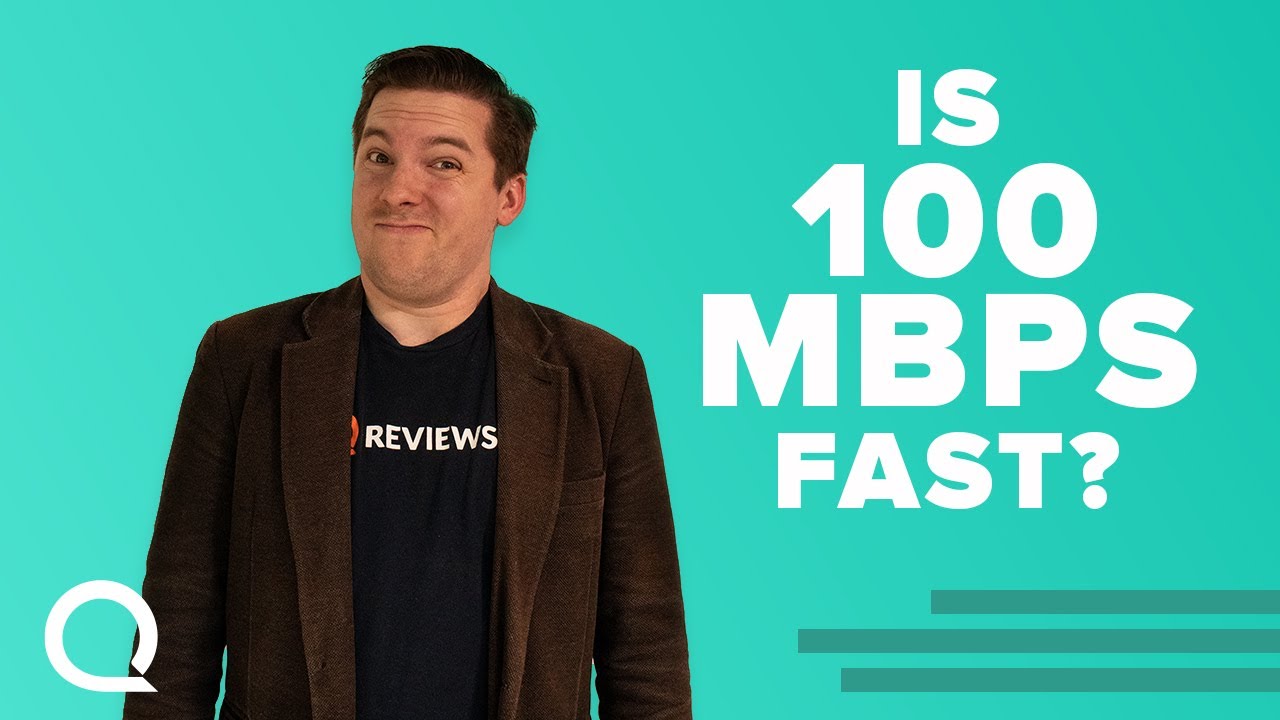 Latency is the brief delay that happens when a signal is being processed between the network and the user. It’s measured in mere milliseconds, but high latency can be really noticeable—think laggy video streams and poor response times while online gaming.

Satellite internet has some of the highest levels of latency because the internet signal is beaming down from space, creating a lot of opportunity for delays and interference. DSL has much lower latency since the signal is transferred over the relatively stable copper wiring of a telephone company.

If you plan to stream video or play online games, look for a Wi-Fi package with the lowest latency possible.

Latency is the brief delay that happens when a signal is being processed between the network and the user. It’s measured in mere milliseconds, but high latency can be really noticeable—think laggy video streams and poor response times while online gaming.

Satellite internet has some of the highest levels of latency because the internet signal is beaming down from space, creating a lot of opportunity for delays and interference. DSL has much lower latency since the signal is transferred over the relatively stable copper wiring of a telephone company.

If you plan to stream video or play online games, look for a Wi-Fi package with the lowest latency possible.

View providers in your area

The fastest internet speed you can get in most rural areas is 100 Mbps. Viasat’s Unlimited Platinum 100 plan gives you up to 100 Mbps download speeds over a satellite internet connection for a starting price of $150 per month.

In big cities and many smaller towns, you can get fiber or cable connections that top out at upwards of 1,000 Mbps. But the fastest internet speeds sadly aren’t available everywhere—which is one of the major issues that defines America’s “digital divide,” meaning the lack of opportunities for those without high-speed internet access.

Speeds tend to be slower in rural areas because the infrastructure isn’t there to support the latest networking technology. You still have options, though. If you can get internet somewhere in the range of 25 Mbps, then you’ll have fast-enough speeds to let you search on Google, stream video in HD on Netflix, and participate in Zoom video calls.

How to improve your internet speed

In most cases, you can improve your internet speed by calling up your internet provider and upgrading your Wi-Fi package to something faster.

But paying more money isn’t the only way you can get faster internet. (And sometimes an upgrade may not be an option anyway—for example, if you’re living in an area that has only one internet provider or one internet plan available.) Thankfully there are a few ways to troubleshoot your internet connection if you’re getting sluggish Wi-Fi.

If your Wi-Fi is out or you’re getting sluggish service, sometimes all you need to do is simply unplug your modem and router and plug them back in. That will clear out any bugs that result from overheating, memory leaks, and other issues to give the equipment a fresh start.

You may be getting weak Wi-Fi if your router is placed somewhere out of the way in your home. Try moving it to a central location, like on a tabletop or shelf in your living room, where the Wi-Fi signal can distribute evenly across your living space. And keep it away from thick walls, metal objects, and microwaves, which can interfere with the signal.

The more devices you have, the more strain you’re putting on your internet speed—so you can get a smoother connection by disconnecting devices you don’t need on the Wi-Fi. This will also use less data: if you’re on a satellite internet, you’ll have longer before you might exceed your data cap and have your speed slowed down.

Read our data caps guide for a primer on the (somewhat complicated) ins and outs of data usage on satellite internet plans.

Avoid being online during peak hours

Satellite, fixed wireless, cable, and 4G LTE home internet connections are all prone to network congestion, which happens when lots of people are using the internet at the same time. You can save your big downloads and other speed-intensive activities for off hours like the early morning or late at night, when your neighbors won’t be logged on as much.

If you’ve tried everything and your internet still isn’t getting any better, it may be time to switch to a better provider. Type in your zip code below to see if you can find faster service in your area.

How much internet speed do I need?

You need at least 30 Mbps of download speed and 3 Mbps upload speed to do a range of everyday internet activities with minimal slowdowns and interruptions. A download speed of 25 Mbps will give you ample bandwidth to download modestly sized files, stream Netflix in HD on two or three devices, browse the web, and check your email.

You’ll need faster speeds if you live in a large household (say, five people or more) or rely on the internet for speed-heavy activities like streaming in 4K, hosting large group meetings on Zoom, or operating numerous smart-home devices. If that’s your situation, then aim for at least 50–100 Mbps, though faster will be better.

A good internet speed is 25 Mbps. The Federal Communications Commission sets 25 Mbps download speeds and 3 Mbps upload speeds as the baseline for broadband, high-speed internet. If you can get faster speeds, though, that will be much better—most cable and fiber internet plans can reach max speeds of 1,000 Mbps.

Internet speed of 25 Mbps is a good baseline for a small household. You’ll be able to do lots of activities at 25 Mbps, including streaming HD video on two or three devices, downloading MP3s and pdfs, and attending Zoom video meetings.

Consider investing in a faster Wi-Fi package if you have a larger household or depend on your internet for more complex undertakings—like multiplayer gaming or content creation.