Home » Satellite Internet vs. DSL: Which is Better?

Satellite Internet vs. DSL: Which is Better? 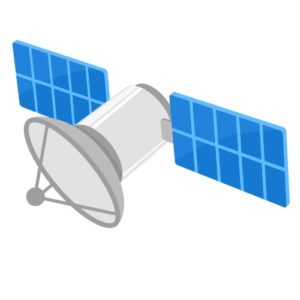 Satellite internet is ideal for people who live in remote or rural areas. The nationwide availability and lack of cables means you can set up your dish pretty much anywhere and get a connection. But you’ll pay a premium for that availability: you’ll generally pay higher prices for slower speeds.

DSL is a low-cost option for people that don’t need ultrafast speeds. It’s widely available, and you’ll get more speed for your monthly price than you will with satellite. Although you may experience occasional congestion on your network, it’s nothing compared to the latency that comes with satellite.

There are two major residential satellite internet providers in the US: Viasat and HughesNet.

Viasat offers faster maximum speeds (up to 100 Mbps), but HughesNet offers better budget packages with no price hikes. (Viasat will raise your price after the first three months of your contract.)

Satellite internet speeds tend to be slower compared to other types of broadband. Satellite internet also suffers from higher latency than other types of internet connections, mostly because it has to travel such a long distance through the atmosphere, rather than through a high-speed cable. This will be annoying-but-survivable with most internet activities, but it makes fast-paced activities like online gaming pretty much impossible.

Viasat, the faster satellite Internet Service Provider (ISP), offers a top speed of 100 Mbps. In a vacuum, this wouldn’t be bad: 100 Mbps is enough for several people to stream HD video simultaneously. But when you take the lower data caps and higher latency of satellite internet into account, 100 Mbps loses some of its appeal.

HughesNet plans all have the same speed: 25 Mbps. This is enough for doing things like browsing, emailing, and streaming, but it may come up short if you have multiple people trying to stream at once.

Most of this price disparity comes from the cost of operating the satellite networks that power Viasat and HughesNet. What you get in return is something that no other ISP can truly offer: nationwide availability. Both Viasat and HughesNet are available basically everywhere in the US.

Is satellite internet right for you?

Satellite internet is generally best for those who live in rural areas without better land-based alternatives.

In rural areas, it’s often the case that satellite internet might be the only broadband connection available. Many places in the rural US don’t have access to DSL, cable, or fiber connections, and some areas are still stuck on dial-up (if you can believe it).

It may even be that your town has broadband access, but your property is too remote for cables to run to it. In these situations, it may be worth it to pay the premium for satellite internet to get a more usable speed.

Enter your address to see internet providers in your area.

DSL stands for digital subscriber line. This is a fairly old internet technology that was meant to be the successor to dial-up. While DSL still uses phone lines to connect, it doesn’t tie up the line while online, and it’s capable of much faster speeds.

DSL has since been edged out by cable and then fiber as the fastest internet option, but it’s still very common in many parts of the country and relied on by millions to get internet service.

There are a lot of DSL providers. Nearly every major national ISP and many local providers offer some type of DSL service. That said, the biggest three DSL providers are definitely AT&T, CenturyLink, and Frontier.

§ Rate requires paperless billing and excludes taxes. Additional fees apply. Speeds may not be available in your area.

DSL speeds can reach up to 500 Mbps in some areas, but this is hard to find. You’re more likely to see speeds capping out between 15–50 Mbps in areas where DSL is available, depending on where you live.

Starting speeds for DSL are quite low: they can be as little as 6 Mbps. While 6 Mbps may not be anything to write home about, anywhere from 15 Mbps to 30 Mbps is enough for most common household uses. It’s also as fast (or faster) than most of the satellite plans available, and it’s a lot cheaper with higher data caps to boot.

One thing to note is DSL connections tend to have fairly slow upload speeds. This can make gaming or sharing content slower than it would be on cable or fiber, but it’s the same if not better than what you’ll get on satellite internet.

Probably the best part about DSL internet is the price. It tends to be very affordable, especially for how much speed and data you get. Depending on your location and the providers available to you, you can get internet service for as little as $19.99 per month.

Is DSL for you?

DSL makes a great option for people that need a reliable internet plan with solid speeds. The affordable pricing is just icing on the cake. However, if you need faster speeds, we recommend looking at cable or fiber providers in your area, like Comcast Xfinity. But if your choice is between satellite internet and DSL, go with DSL.

Satellite internet requires professional installation because you need a dish. Luckily, HughesNet offers pro installation at no additional charge, so you don’t need to worry about big installation fees. If you go with Viasat, you might have to pay an installation fee but you can usually get it waived through a promotional deal.

Installation for DSL is simpler: typically you can request a self-install kit and do it yourself. These kits come with clear instructions and everything you need to get going. If you’d rather let a pro handle it, that’s an option, too, though there will probably be more fees involved.

If it’s available in your area, DSL is the better option for high-speed internet simply because it’s so much cheaper to get a good speed. But if you need internet in a hard-to-connect spot, satellite’s nationwide availability will serve you well.

Enter your address to see internet providers in your area.

What is DSL internet?

Is satellite internet or DSL better for online gaming?

Should I choose Viasat or HughesNet for satellite internet?

The choice between Viasat and HughesNet depends on what you need. For maximum speed, go with Viasat. Just be sure to check that its fastest plans are actually available in your area before you commit. If cost is your main concern, HughesNet has better budget packages with faster speeds.