Data effective 6/09/21. Offers and availability may vary by location and are subject to change. * Rate requires paperless billing and excludes taxes. Additional fees apply. Speeds may not be available in your area. † Actual speeds may vary. Installation, equipment fees, taxes & other fees apply. Services subject to availability and all applicable terms and conditions. ‡ For 2 years plus taxes, equip. charges & other fees. Speeds .5-1Mbps, 1.1-3.1-7 or 7.1-15 Mbps. Verizon home phone service required. § For the first 12 months. 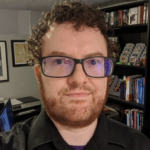 Despite the lack of competition, there are a few big names in DSL that serve large portions of the US. No matter where you live, there’s a good chance that one of these providers will have service in your area.

Most DSL providers cover a specific geographic region and don’t overlap with other DSL providers.1 This means fewer choices for customers and that the best DSL provider for you is whichever one covers your area.

When considering DSL internet, compare it against other types of internet. Even if you don’t have other options for DSL providers, you always have the option of satellite internet, and the coverage of 4G home internet providers is expanding rapidly. Some areas also have local fixed-wireless providers, so be sure to consider these providers before you settle for a DSL plan that doesn’t quite fit your needs.

8 states in the Mid-Atlantic region

Nationwide across all 50 states

Data effective 3/16/21. Offers and availability may vary by location and are subject to change.

* Rate requires paperless billing and excludes taxes. Additional fees apply. Speeds may not be available in your area.

Digital subscriber line (DSL) is a technology that delivers high-speed internet over telephone lines. It was a major improvement over old dial-up services. Although both use copper phone lines, DSL can reach speeds over 100 Mbps, which is almost 2,000 times faster than dial-up, and it doesn’t tie up your phone line when it’s in use.

DSL is one of the most widely available forms of internet, reaching almost everywhere in the US with access to a landline telephone. Although it is generally slower than cable and fiber internet, it also has many advantages over wireless connections like satellite internet, such as low latency, which is important for activities like online games and video chat.

Unfortunately, DSL is an older internet technology and many internet service providers (ISPs) have stopped expanding their DSL networks. Some ISPs have stopped taking new DSL customers altogether. Despite its shortcomings, DSL is still an important technology that provides reliable and affordable internet connections across the country.

Curious to see what options are available in your area? Enter your address below to find out.

Rate requires paperless billing and excludes taxes. Additional fees apply. Speeds may not be available in your area.

CenturyLink has one of the largest operating DSL networks in the US, with coverage in 36 states across the country. Its coverage is particularly widespread in the Midwest, the Rocky Mountains, the Pacific Northwest, and the Southeastern coast.

Some of CenturyLink’s best features are its unlimited data plans and no-contract options. This is especially appealing when compared with other DSL providers, which often have low data caps and early termination fees (ETFs) if you switch ISPs before your first-year term agreement ends.

CenturyLink has begun offering fiber internet in some areas, though its fiber expansion isn’t as widespread as some of its competitors. DSL is still its main business, so, unlike other ISPs, it seems to be doing a good job of maintaining its network and keeping its customers connected.

Frontier’s DSL network serves customers in 25 states but is primarily found in the Midwest, New England, and the West.

In April 2020, Frontier filed for Chapter 11 bankruptcy and sold off most of its DSL and fiber networks in the Pacific Northwest. During the restructuring that followed, it became known that the indirect causes of the bankruptcy were Frontier’s underinvestment in fiber, its overreliance on the income from its DSL customers, and its poor customer service.2

Although this didn’t paint Frontier in a particularly good light, its plan for exiting bankruptcy depends on addressing these issues. Despite its dubious track record, Frontier now has more reason than any other ISP in the US to keep its DSL customers happy and connected. This is welcome news for current Frontier customers as well as potential customers.

Verizon operates a DSL network in the Mid-Atlantic region of the US, covering New York, New Jersey, Pennsylvania, Delaware, Massachusetts, Maryland, Rhode Island, and Virginia. It also offers service in Washington, DC. Although this area is smaller than that covered by other ISPs, Verizon’s network is widespread in these states, with coverage reaching from urban centers to more rural areas.

Verizon is rapidly expanding its fiber network and is aggressively encouraging its DSL customers to upgrade, including many who don’t want to.3 Although fiber is a much faster technology, there are some advantages to DSL, such as the lower monthly cost.

DSL can also remain operational during blackouts, much like the telephone system it’s based on (although you still need a battery to keep your modem and router working). Since blackouts can be common in both older neighborhoods and areas with frequent hurricanes, many Verizon customers have been fighting to keep DSL connections functioning.

Although the days of Verizon’s DSL network may be numbered, it’s still a viable choice with wide availability on the East Coast.

Windstream operates across 18 states, primarily in the East, but also extending into Texas and New Mexico.

EarthLink is different from the other major DSL providers in that it doesn't actually own its network. Instead, it rents space on the networks of other ISPs and then uses that to provide coverage for its customers. This means that EarthLink is technically available almost anywhere in the US, including Alaska and Hawaii.

Since EarthLink isn’t focused on building and maintaining its network infrastructure, the company focuses primarily on customer service. This is a big deal in a market that’s notorious for poor customer service, making EarthLink a good choice for anyone considering DSL.

DSL is a good choice for anyone who wants affordable internet that’s reliable enough to do the basics. It’s available to 90% of households in the US, but only 4% have access to more than one network, so the best choice is whichever one happens to be in your area.

Want to see what options are available in your area? Enter your address below.

What does DSL stand for?

How does DSL work?

Can you get Wi-Fi with DSL?

What is the speed of a DSL connection?

DSL connection speeds typically range from less than 1 Mbps to over 100 Mbps. This makes them slower than fiber and cable connections, but on par or faster than most satellite connections.

Is DSL better than satellite internet?

Satellite’s biggest advantage is its widespread availability. Although DSL reaches 90% of the US, that still leaves a lot of people without access, even in areas with landline telephone service.

For a more in-depth analysis, check our comparison of satellite internet vs. DSL.

Written by
Peter Christiansen
Peter Christiansen is a writer at HighSpeedInternet.com, where he writes about satellite internet, rural connectivity, livestreaming, and parental controls. Peter holds a PhD in communication from the University of Utah and has worked as a computer programmer, game developer, filmmaker, and writer. His writing has been praised by outlets like Wired, Digital Humanities Now, and the New Statesman.
Read More