DIRECTV really shines in the sports arena. Exclusive channels like NFL SUNDAY TICKET make DIRECTV a popular choice for sports fans. DIRECTV prices nearly double in the second year of your contract, but if you’re looking for sports, it’ll be worth it.

No matter what your budget is, there are plenty of fish in the sea when it comes to satellite TV packages.

Overall, DISH offers a streamlined and affordable selection with a lot of value. DIRECTV offers packages with similar price points, but keep in mind that DIRECTV prices go up after 12 months of service while DISH prices stay the same.

So, DISH and DIRECTV’s starter packages cost the same for the first year: DIRECTV ENTERTAINMENT All-Included and DISH’s America’s Top 120 are both $64.99 per month. But, in month 13 of your contract, the price for DIRECTV ENTERTAINMENT goes up to $102.00 per month. Ouch! DISH prices are locked for 24 months. So, factor in DIRECTV’s price hike when you’re comparing DISH and DIRECTV packages.

DISH keeps things simple: an affordable entry-level plan, a value-packed mid-tier option, and a top-tier plan with all the goodies. DISH offers a two-year price guarantee, which is a big perk and a stark contrast to DIRECTV’s substantial price increase after the first year.

DISH is less expensive than DIRECTV, which makes it attractive to many viewers. Remember that DIRECTV does give you more national sports, so it’s worth the extra cost if you want to catch NFL or NBA games. But if you’re into college sports, DISH and DIRECTV are about even as far as content goes—DIRECTV just has higher prices the second year.

Unlike the transparent channel counts you get with DISH’s package names, DIRECTV’s package names don’t give much of an indication of what you’ll get. However, there are more channels to choose from overall. There’s a big price jump from ULTIMATE to PREMIER, but that’s because PREMIER includes premium channels like HBO®, Cinemax®, SHOWTIME®, and STARZ®.

Keep in mind that DIRECTV offers NFL SUNDAY TICKET, which is the NFL package. It’s a DIRECTV exclusive, so DISH customers are out of luck. It’s also included at no additional charge for the first year with any of the top four packages. After the first year, it gets pretty expensive—a little less than $300.00 per season—but for true NFL fans, it’s really a no-brainer.

The Hopper 3 and Genie are both great DVRs, but there’s a clear winner here. The DISH Hopper 3 is so powerful it puts every other DVR on the market to shame. In fact, the Hopper is so good it might be reason enough to choose DISH all on its own.

From purely a price perspective, this is the department—the only department—where DIRECTV takes DVR lead. DISH charges $5.00 per month for the Hopper 3, and that’s on top of the monthly package price you’re already paying. While that’s not too bad for a DVR as good as the Hopper 3, DIRECTV gives you the Genie essentially for free (included in your package price). In that context, five bucks suddenly sounds pretty expensive. If that monthly bill is really all you care about, the included DVR with DIRECTV might be your tipping point.

This is where DISH starts to justify that $5.00 it charges for the Hopper 3. With a maximum of sixteen simultaneous recordings, DISH customers can kiss recording conflicts goodbye. The DIRECTV Genie, on the other hand, can record only five programs at once. While that’s probably enough for most folks, it’s still possible to max out the Genie’s capacity, which might leave you with some tough choices about which Game of Thrones episodes to record and which ones to release into the entertainment ether. The Hopper’s capacity is so expansive that it pushes those worries far, far away where you’ll never have to see them.

The Hopper 3 has double the hard drive space of the Genie. Double. Again, it’s hard to compete with one of the industry-leading DVRs, but the Genie may catch up eventually as advanced technology continues to become more accessible. But the Hopper has a clear lead for the foreseeable future.

DISH’s Hopper 3 can pack up to 500 hours of HD video onto that 2 TB hard drive. That’s a lot of video—almost three weeks of continuous watching. The DIRECTV Genie tops out at 200 hours of HD video. While that’s still a lot, it’s not the best.

That said, even though the Genie trails behind the Hopper in almost every stat, it’s still a good DVR overall. It’s like the difference between a Lexus and a Toyota—of course you want the Lexus, but you’ll also be more than satisfied with the Toyota.

The story doesn’t end when you pick a provider and sign an agreement. After that, you’ve got to actually live with the company for a year or two. When it comes to settling down with a provider, what’s it really like? What goes on behind signed agreements and installed equipment? 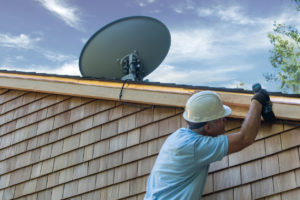 Installation for satellite providers is a little different than plain old cable. That’s because DISH and DIRECTV both require a satellite dish to receive the signal. Your dish needs a clear view of the sky, which in many cases means installing it on your roof. That’s obviously something you don’t want to attempt yourself, so you’ll need professional installation. Both companies make the process pretty painless with trained professional techs available to handle all the roof climbing and signal chasing.

Neither DISH nor DIRECTV charges an installation fee, though DIRECTV does tack a $19.95 activation fee on your first bill. That’s pretty affordable compared to a lot of the cable competition, so we give both providers a thumbs up with installation. 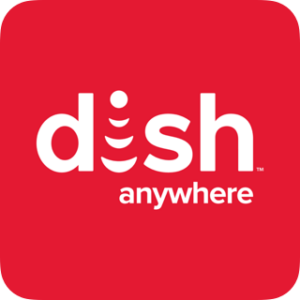 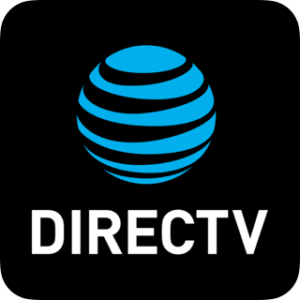 The mobile apps for DISH and DIRECTV are pretty similar in terms of features and ratings. The one major difference is that DISH’s app doesn’t offer a remote-control function, so you can’t use your phone to control your DVR while you’re watching. You can still use the DISH app to schedule recordings and stream live TV though.

Now that we’ve gone through the nitty-gritty, let’s recap the major pros and cons of DISH and DIRECTV.

How to bundle with satellite TV

You’ve got your satellite TV all figured out—but what about internet? Neither provider offers its own internet service. Instead, they partner with local internet service providers to offer bundles. Your options for this will vary depending on where you live. If you’re in a rural area,  DISH and DIRECTV pair perfectly with HughesNet or Viasat satellite internet.

Add internet to your DISH plan

For local DSL, cable, or fiber internet, DISH Network partners with Frontier. Frontier offers bundles with DISH TV service at reasonable prices, though availability can vary with location. If Frontier isn’t an option for you, check out satellite internet from Viasat or HughesNet. It’s available pretty much anywhere. Check out our DISH internet info review for bundling options.

Add internet to your DIRECTV plan

DIRECTV mainly partners with its parent company AT&T to offer internet access. CenturyLink internet also offers bundles with DIRECTV. Both AT&T and CenturyLink offer DSL and fiber plans, depending on where you live. Again, if you live off the beaten path, satellite internet from Viasat or HughesNet might be the best option for you. You can learn more about DIRECTV internet bundles on our info page.

Enter your zip code below to see what TV and internet plans are available near you.
An error has occurred. Please try again.

In the end, choosing between DISH and DIRECTV comes down to whether or not you’re a sports fan. If you are, DIRECTV has more sports channels, plus the exclusive NFL SUNDAY TICKET, which is hard to say no to if you live for game day. If sports aren’t a huge deal for you, DISH is probably the way to go. It still offers a similar channel selection—including several sports channels—and a much better DVR, which might just push it over the finish line first for some people.

What do you think? If you have a preference between DISH and DIRECTV, let us know in the comments! We’re always up for hearing more about what these providers are like to live with.

We said a lot of stuff already, but sometimes that’s just not enough. For those who still have burning questions about the great big world of satellite TV, you’re not alone. Here are some questions we get asked all the time.

What is satellite TV?

Satellite TV is television service where the signal is beamed from satellites in orbit to a satellite dish at your home. Most TV services operate with location-based services that limit their availability. Satellite TV, on the other hand, is available pretty much anywhere you can get a clear view of the sky, since the signal literally comes from space. It’s pretty cool. Really the only signal issues you have to worry about with satellite TV are related to weather. A fierce bought of snow or rain has the potential to temporarily interrupt your signal.

Satellite internet operates on the same principle as satellite TV: the signal is beamed from satellites orbiting the Earth. In general, satellite internet has higher latency (delay) than traditional cable or DSL internet because it has to travel through the atmosphere to reach your home. It’s an excellent option if you live out in the middle of nowhere because it requires no infrastructure besides the dish antenna. It’s not the fastest service in the world, but it’s certainly better than nothing. It’s strongest trait is its widespread availability. No other tech type is as capable of getting you online in rural areas.Learn more about satellite internet.

Which satellite TV provider is the best?

It depends on what you want. We recommend DIRECTV for sports fans and DISH for everyone else. DIRECTV has the exclusive NFL SUNDAY TICKET, but DISH offers a better DVR, excellent channel selection, and affordable prices.

What’s the difference between DIRECTV and DISH?

Here’s the basics of what DIRECTV offers:

And here’s the basics of what DISH offers:

(This is a good place to start, but we’ve got a lot more to say about this matchup, which you can read in detail above.)

It’s basically a toss-up between HughesNet and Viasat. HughesNet offers lower prices, whereas Viasat has the faster speeds. The provider that’s the best fit for you just depends on what you need from your service. To get all the details, check out our full review.